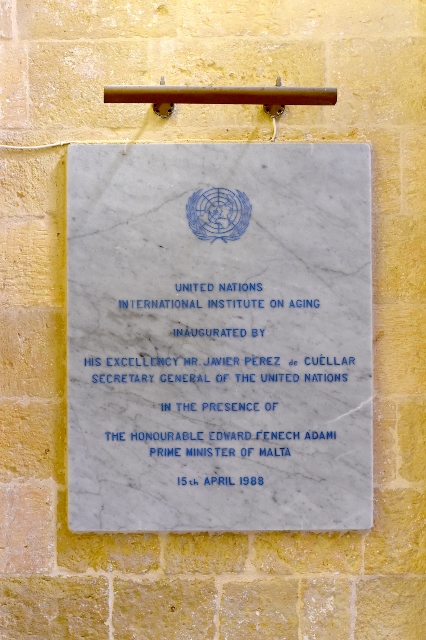 Malta was first to raise the question of Ageing as a matter of international concern at the United Nations in 1968. As a result, in 1982, the General Assembly held the World Assembly on Ageing. In its Resolution 37/51 it recommended inter-alia the promotion of training and research, as well as the exchange of information and knowledge in order to provide an international basis for social policies and action. It unanimously and without reservation, adopted the Vienna International Plan of Action on Ageing which remains the cornerstone of worldwide policy on Ageing. In this respect, the Plan recommended that practical training institutes should be promoted and encouraged so that they act as a practical bridge between and among high-income and low-income countries.

The UN Economic and Social Council, by its Resolution 1987/41 recommended to the UN Secretary-General, the establishment of the International Institute on Ageing. On the 9th October 1987, the United Nations signed an official agreement with the Government of Malta to establish the International Institute on Ageing as an autonomous body under the auspices of the United Nations. The Institute was inaugurated on 15th April, 1988 by the then United Nations Secretary-General, H.E. Mr. Javier Perez de Cuellar.

The Institute operates under the guidance of an International Board consisting of nine members. The Chairperson of the Board and six members are appointed by the Secretary-General of the United Nations, with due regard to the principle of equitable geographical distribution, and two members are appointed by the Government of Malta. The term of office of the Board is that of three years.