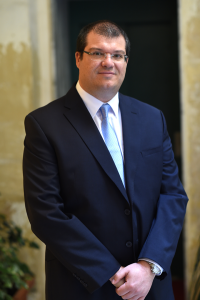 Professor Formosa received a Ph.D. in gerontology from the University of Bristol, and is currently Senior Lecturer at and Coordinator of the Gerontology Unit, Faculty for Social Wellbeing, University of Malta. His key interests are critical gerontology, sociology of later life, social class dynamics, and educational gerontology, on which Professor Formosa published 7 books and various chapters in edited volumes and peer-reviewed journals. Recent publications include Lifelong learning in later life: A handbook on older adult learning(with Brian Findsen, 2011), Learning across generations: Contemporary issues in older adult education. (with Schmidt-Hertha and Jelenc Krašovec, 2014), Social class in later life: Power, identity and lifestyle (with Paul Higgs, 2015), Population ageing in Malta: Multidisciplinary perspectives (with Charles Scerri, 2015), and Ageing and later life in Malta: Issues, policies, and future trends(2015). Professor Formosa took part in various international research projects that included the European Union’s funded studies on ‘Services for supporting family carers of elderly people’. He has been appointed as an international tutor by the International Institute on Ageing (United Nations – Malta) on its missions to Thailand (1998) and Qatar (2008), as well as Visiting Scholar at the Ontario Institute for Studies in Education of the University of Toronto (2009-2010). Professor Formosa holds the post of Chairperson of the National Commission for Active Ageing (Malta) and Director of the International Institute on Ageing, United Nations – Malta (INIA). In recent months, he headed ‘in-situ’ training missions in the People’s Republic of China (December, 2014, January and April 2015) and in The Philippines (September 2015).